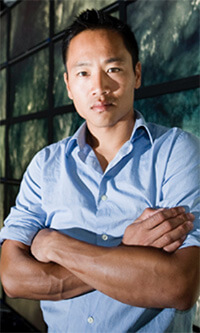 SIGGRAPH Asia 2017 is honored to have Albert Yu-Min Lin onboard as our Keynote Speaker.

Albert Lin is an internationally renowned scientist, innovator, technologist, entrepreneur, and an award winning National Geographic Explorer. From the remote highlands of Mongolia to the jungles of Guatemala he has applied an innovator's approach to exploration.

The most exciting thing about science is the unknown — anything is possible.

His career began with the Valley of the Khans Project, where he used satellites, drones, geophysics, virtual reality, and intensive ground exploration to search for the tomb of Genghis Khan. Albert has also applied similar approaches to Maya sites in Guatemala and First Emperor's tomb in Xian, China.

While in Mongolia he developed the first platform to crowdsource human analytics of large amounts of Satellite imagery, merging remote field exploration with public participation.  The success of this platform led to requested briefings at the pentagon, the NGA, and the Harvard Business School where he was also invited to serve as an advisor to the HBS Digital Initiative.  He subsequently co-founded the crowd-based analytics company Tomnod (mongolian word meaning "big eye") which was acquired in 2011 by the leading commercial satellite imagery provider DigitalGlobe.  Albert now serves on the DigitalGlobe Foundation's board of directors.  The innovation has since been used on humanitarian efforts, environmental monitoring, search and rescue (including an 8 million person search for flight MH370), and is currently being applied by National Geographic to survey threatened archaeological sites globally.

As a former engineering student himself, Albert often reminds others that National Geographic was co-founded by an engineer, Alexander Graham Bell. "Innovation, curiosity, grit are the ingredients of great exploration", he says.  With this in mind, he launched the NSF funded Engineers for Exploration program at UC San Diego in 2010, which has sent hundreds of top engineering students from across the country into field expeditions around the globe.

In 2015, he co-founded the digital k-12 education platform Planet3 Inc. (http://exploreplanet3.com) to utilize virtual reality, game design, and citizen science to democratize the "ah-ha feeling" at the frontier of science and exploration. He has successfully raised $15M for this effort to date.  "We are in a battle for science literacy, and that battle will be won or lost in the classroom", he said in an address on the National Mall during the 2017 March for Science.

Most recently, Albert has taken on innovation in a much more personal context becoming partially Bionic.  Exploring the interface between mind, body, society and technology as a frontier, he has pushed the human boundary further.

Lin has received multiple recognitions, including National Geographic's Adventurer of the Year in 2009, the United States Geospatial Intelligence Academic Achievement Award, the Explorer's Club's Lowell Thomas Medal, and the Nevada Medal (as the youngest ever recipient).  His feature in National Geographic's "Next Generation Explorer" campaign was recognized with an Emmy in the category of Outstanding Promotional Announcement. His work has been featured in outlets including the Washington Post, BBC, NPR, ABC news, TEDx, Wired magazine, Gizmodo, al Jazeera, National Geographic, Newsweek (cover story), and the Harvard Business Review. As a storyteller, Lin has hosted and narrated multiple documentary films including "the Forbidden Tomb of Genghis Khan", and "China's Mega Tomb".  With storytelling in his heart, Albert has also lectured worldwide in venues ranging from the Sorbonne in Paris to Singapore's Esplanade.

Albert is an avid surfer, climber, guitar player, photographer, and father.  His middle name "Yu Min" translates to "citizen of the universe".

More details on his keynote session at SIGGRAPH Asia 2017 will be released soon. Stay tuned! 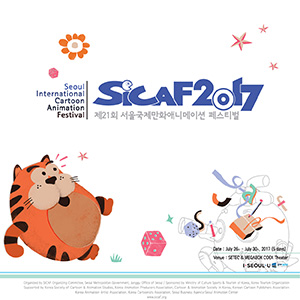